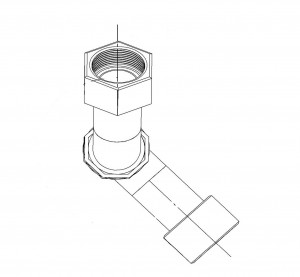 Now, as if you were looking at a clock, describe where the other end points as if it is the small hand on a clock.  The example above would be at 5:00.